Well, hello there! Yes, I’ve been hiding away under a manuscript-shaped rock of late, but L👀K! I’ve crawled out from underneath it for a little bit of blog-time on this year’s Pashley Picnic Ride.

Me and The Boy made a welcome return to Stratford-upon-Avon for the festivities, but we did it a little differently this time round. We headed there without our bikes. Yep. For the first time ever, he’d actually be on a Pashley for the ride, and I would be on a model other than my Princess. It did of course feel strange leaving Frankie at home, but the surprise of finding out which bikes we’d be riding on the day was pretty cool. It turns out Adrian and his team at Pashley are VERY good at keeping you in suspense and gave us ZERO clues about what delights would be waiting for us at the Traditional Cycle Shop. I admit, I was like a child on Christmas day – looking at all the gleaming bicycles parked outside the shop, trying to guess which would be ours. Then I spotted two brand new Pashley models I’d never seen before: a Peppermint Aurora mixte and a Dusk Blue Clubman. It really was like Christmas morning, as on closer inspection, I found name tags for ‘Jools & Ian’ hanging from both bikes… result.

Once I got over ogling the bikes, we set off with the rest of the party for the ride. As always, Pashley had plotted out a lovely guided route through the Warwickshire countryside. An easy 11 miles were ahead of us, passing through Loxley Village, with a quick stop at Wellsbourne airfield, where The Boy got a chance to geek out Britain’s last Vulcan bomber plane. It was ace that this year’s route included Charlecote Park once again for the lunch stop… with entertainment from the very funny Handlebards! One of the things I love about the Pashley Picnic is that you always meet new people taking part on it for the first time. There were plenty of new faces this year, so the ride back to the Avon Boathouse for the grand picnic at the end was filled with many chats along the way, which continued well into the picnic marquee over glasses of fizz, cream teas and sandwiches. 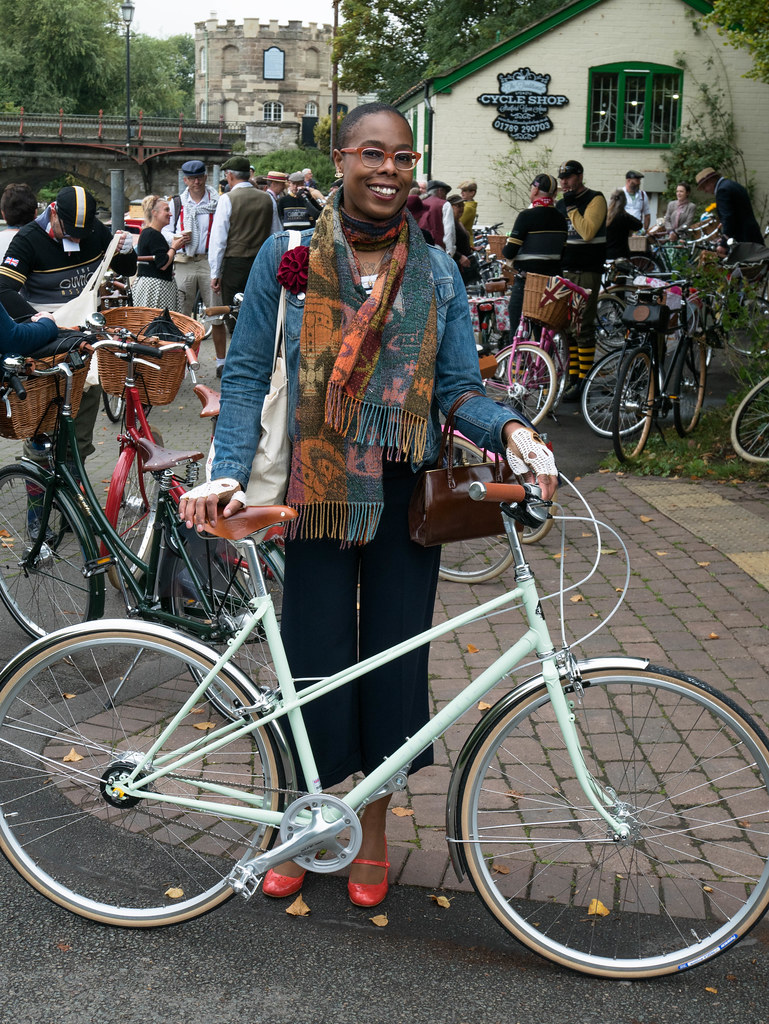 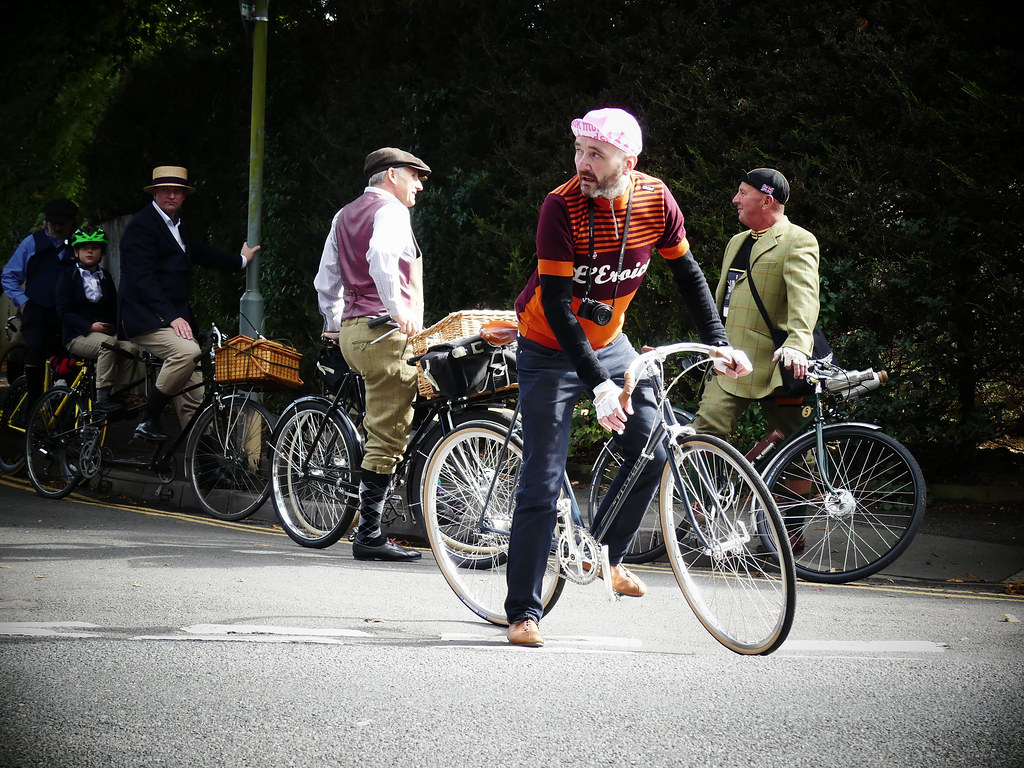 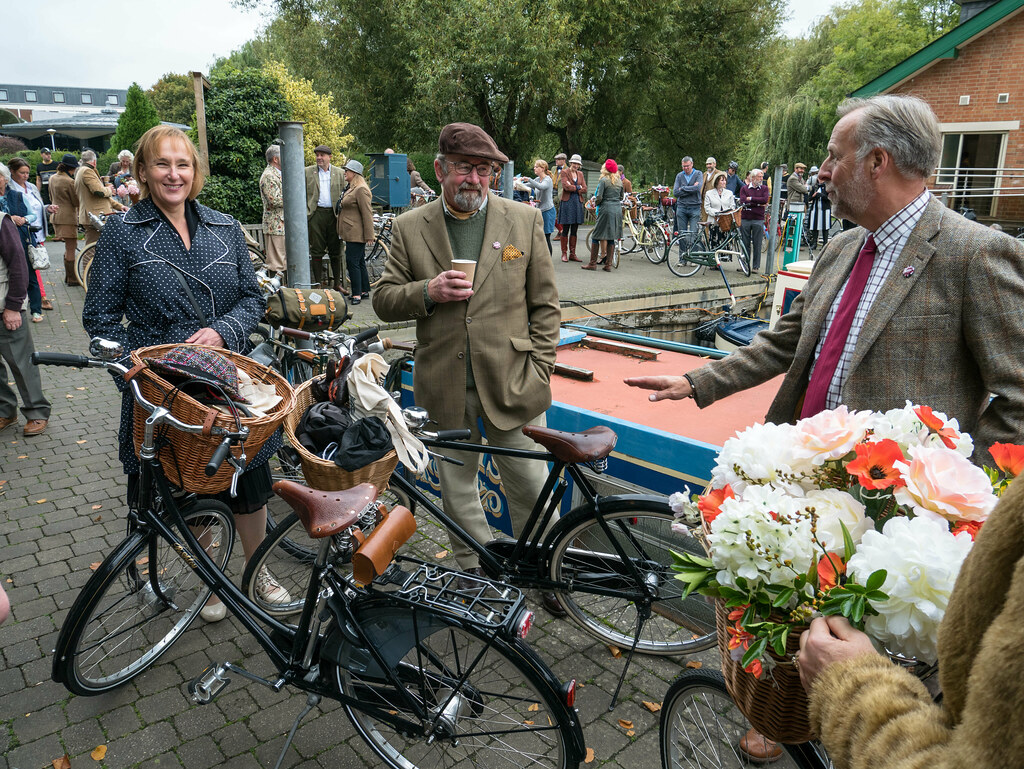 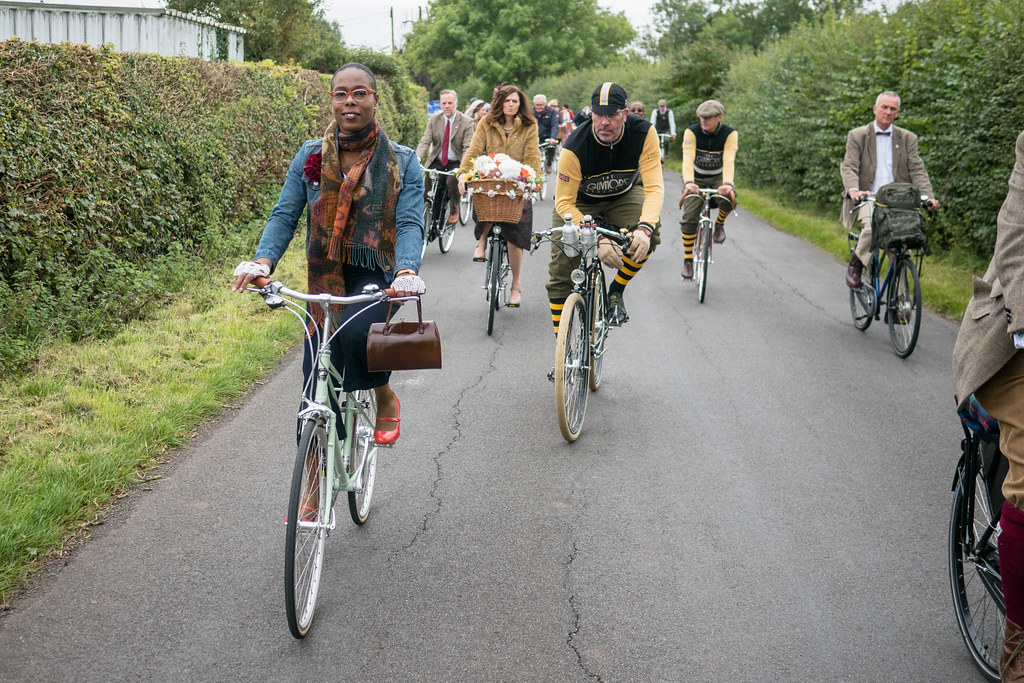 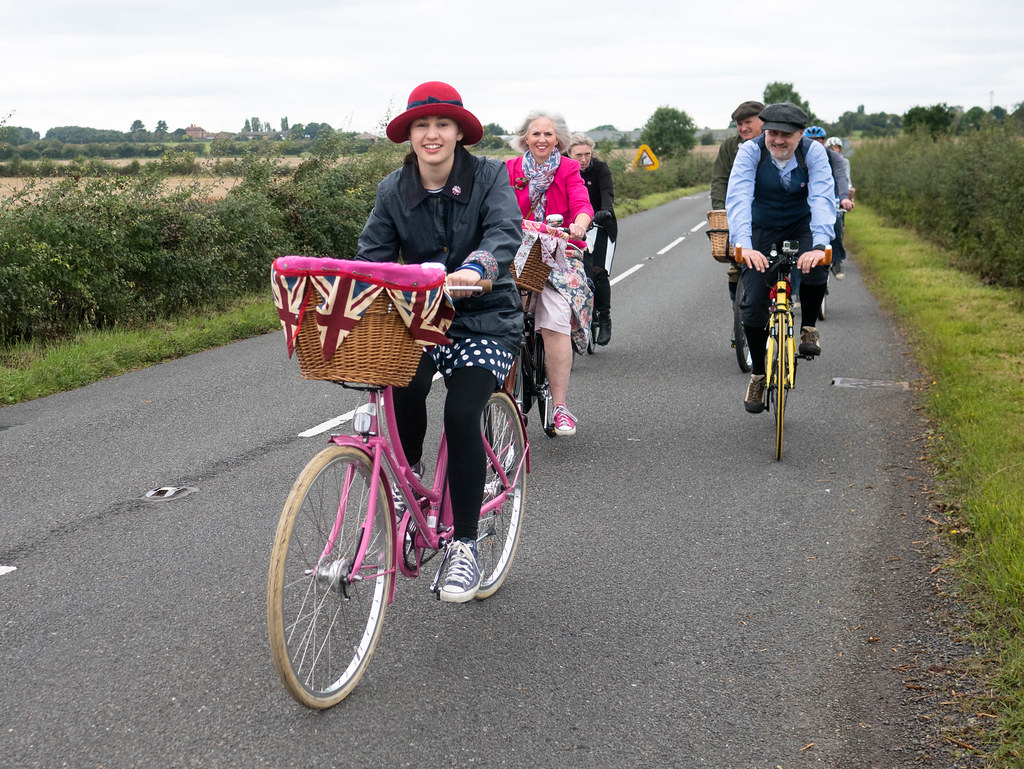 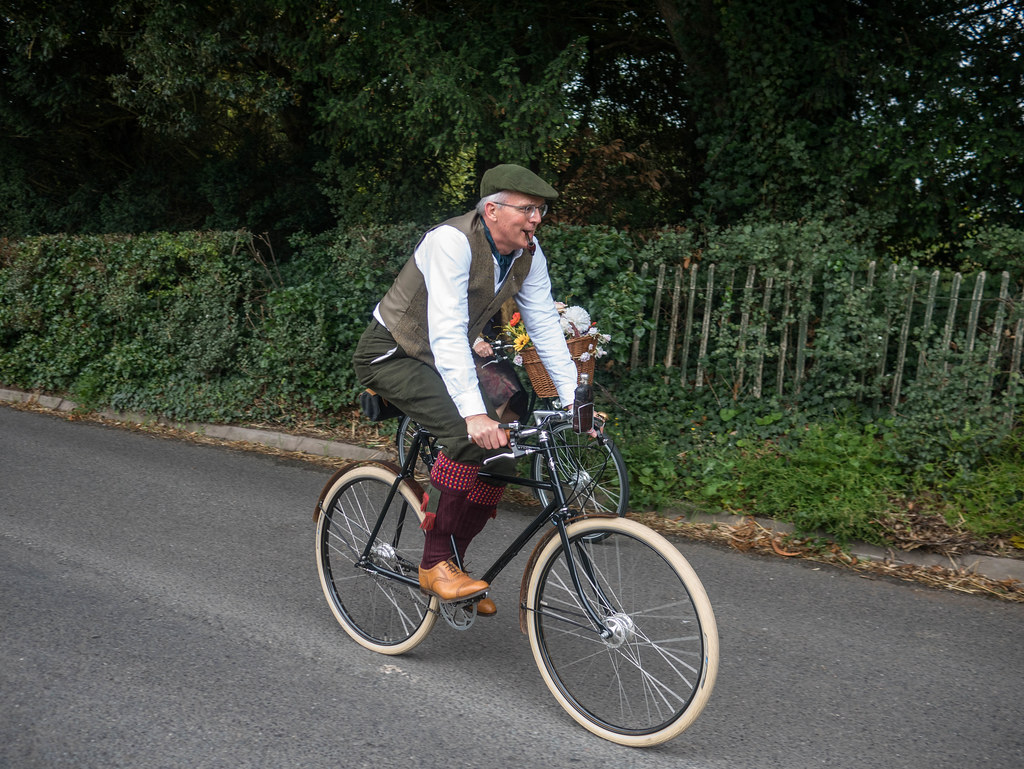 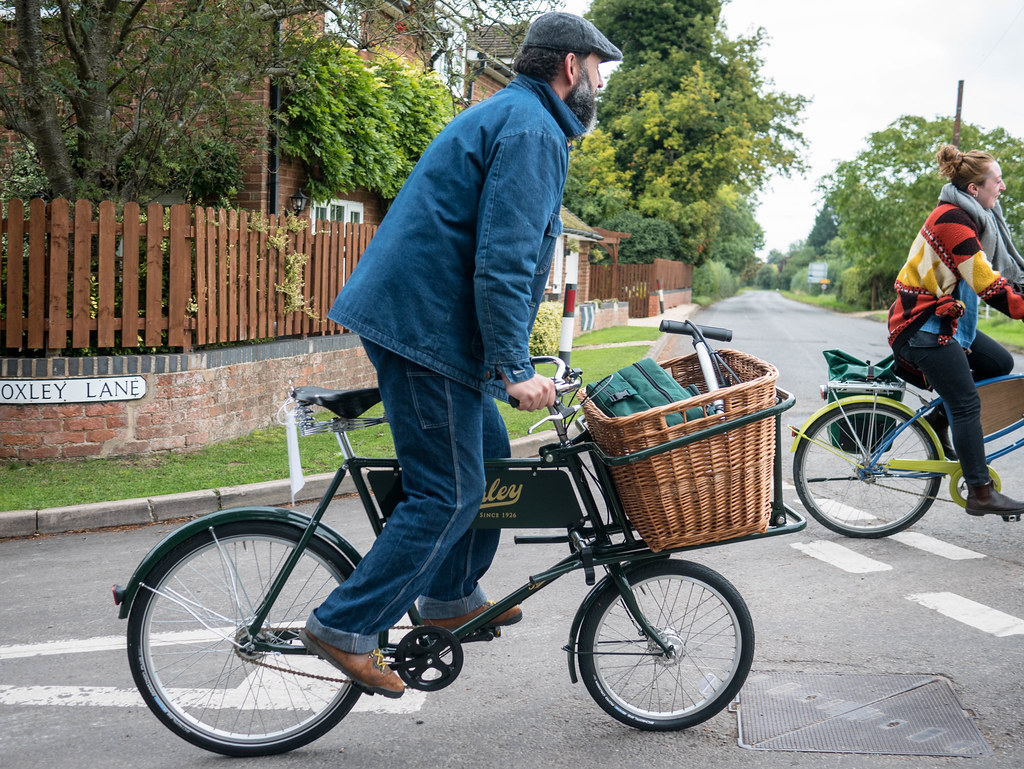 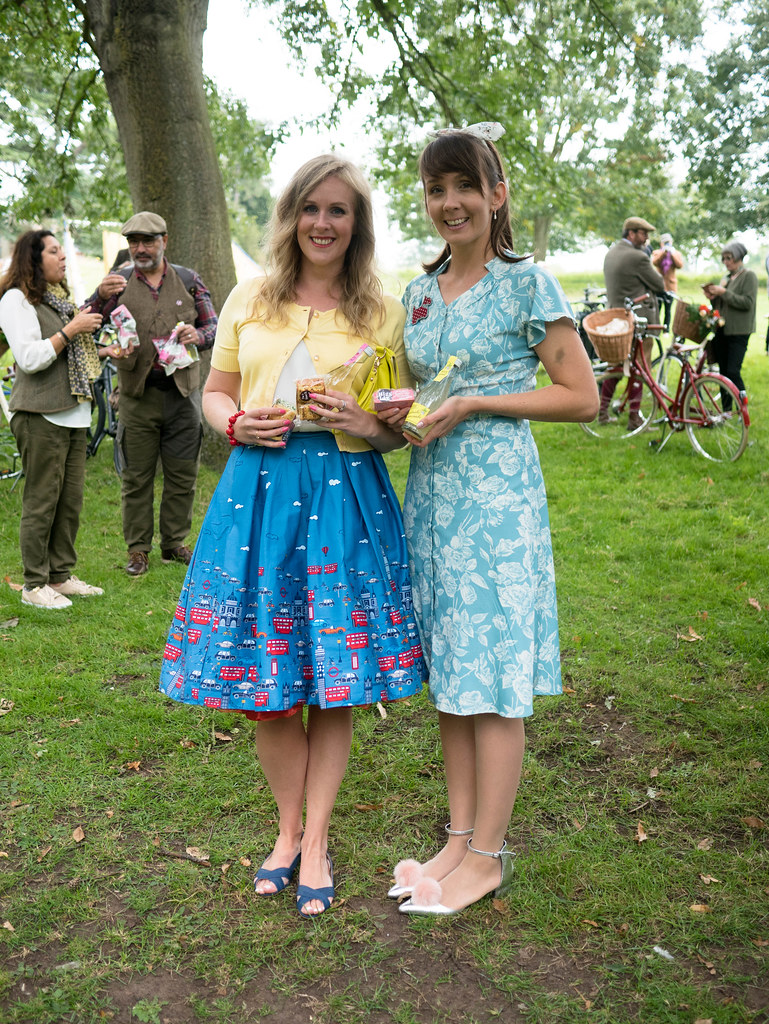 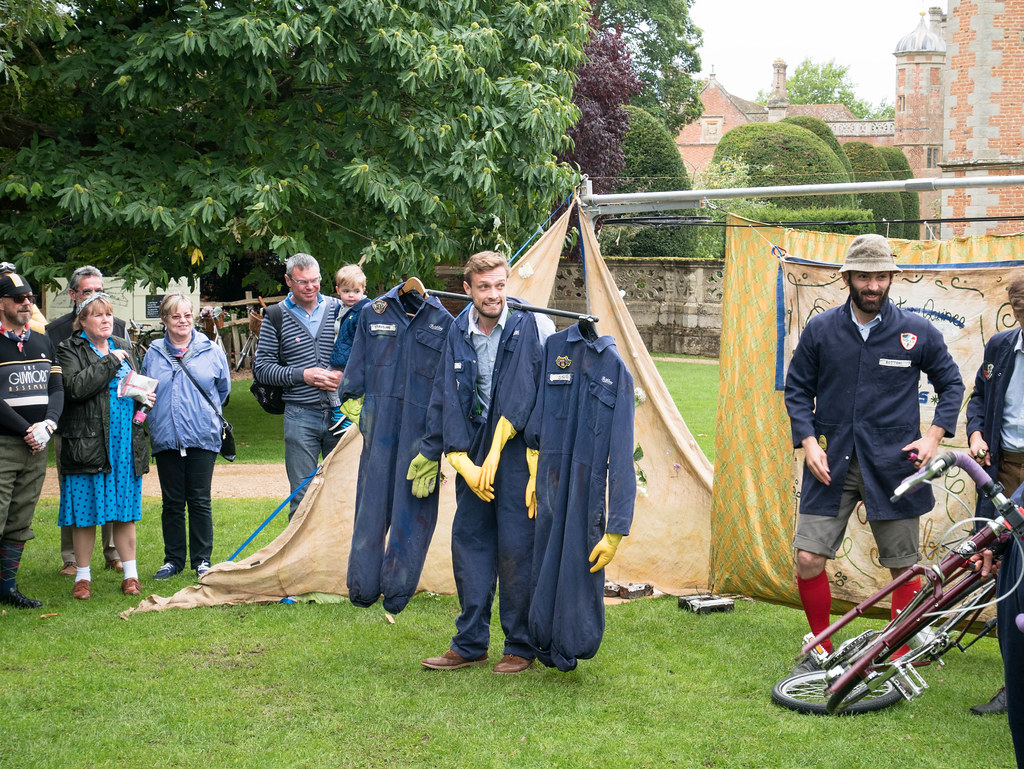 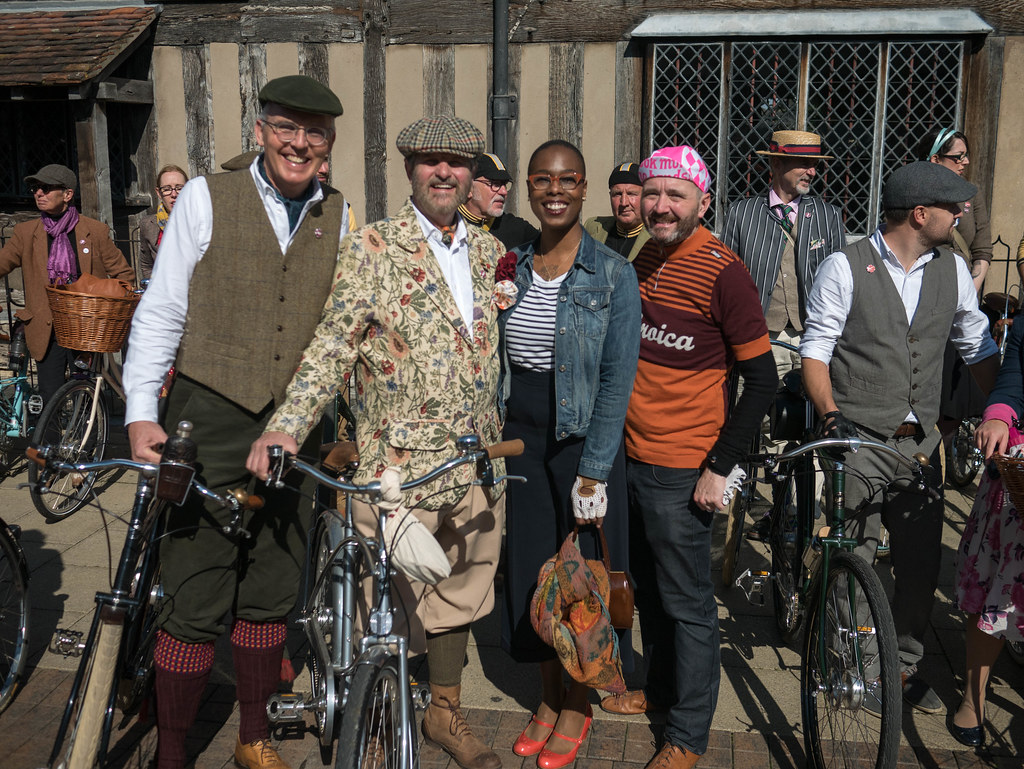 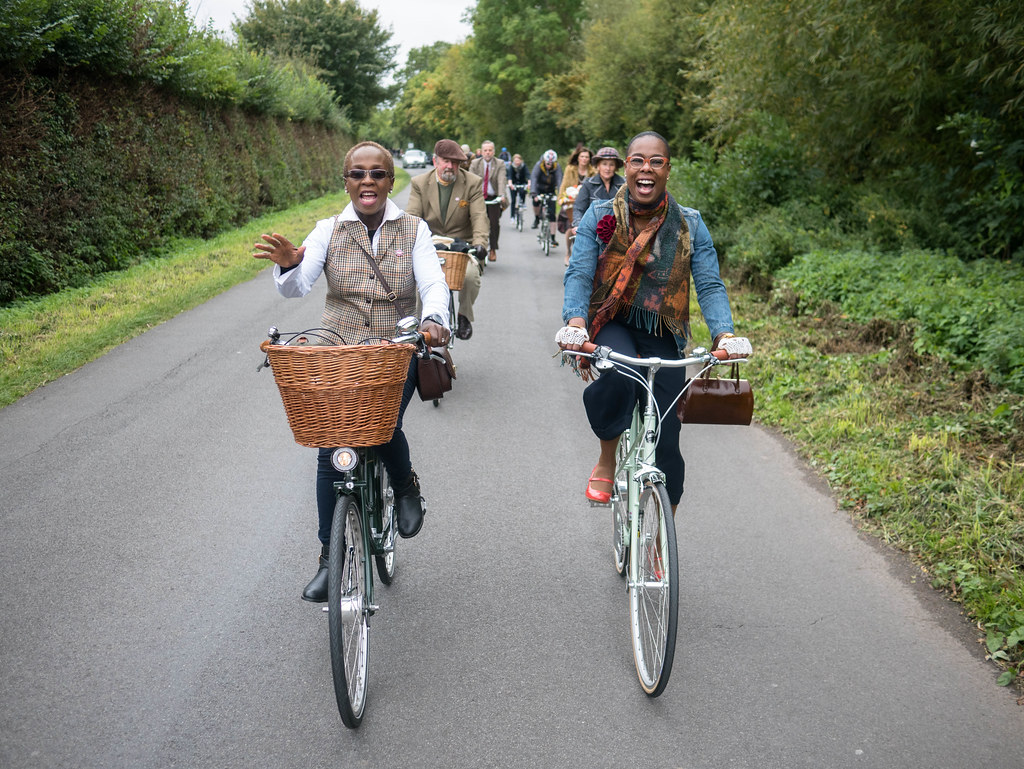 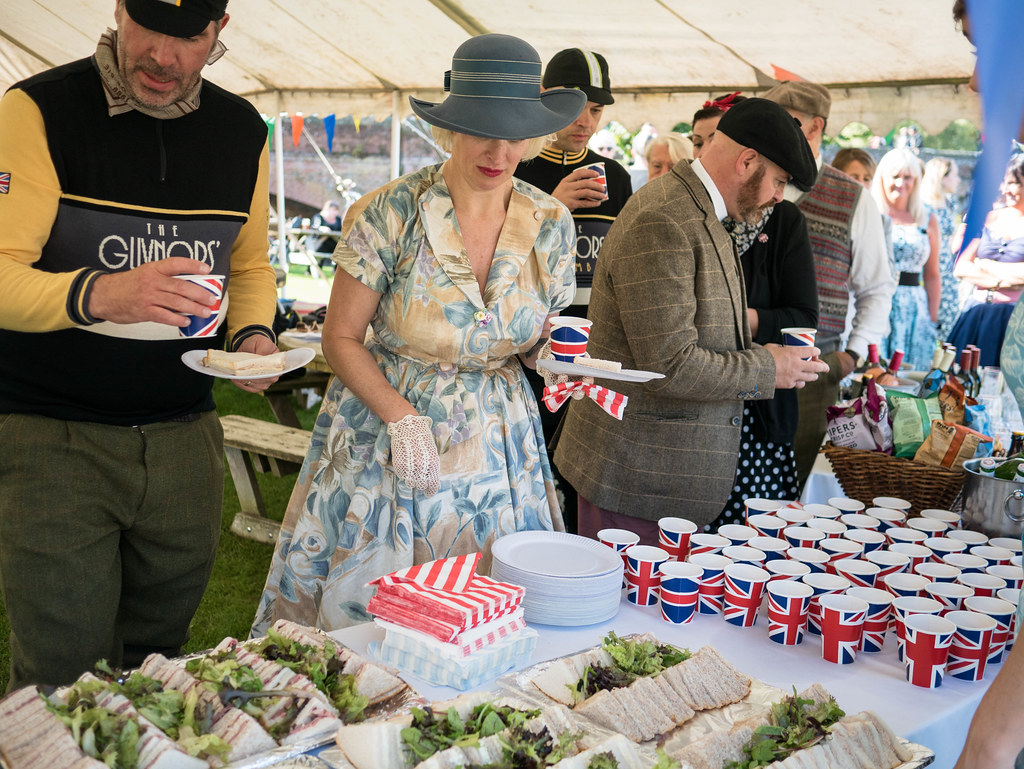 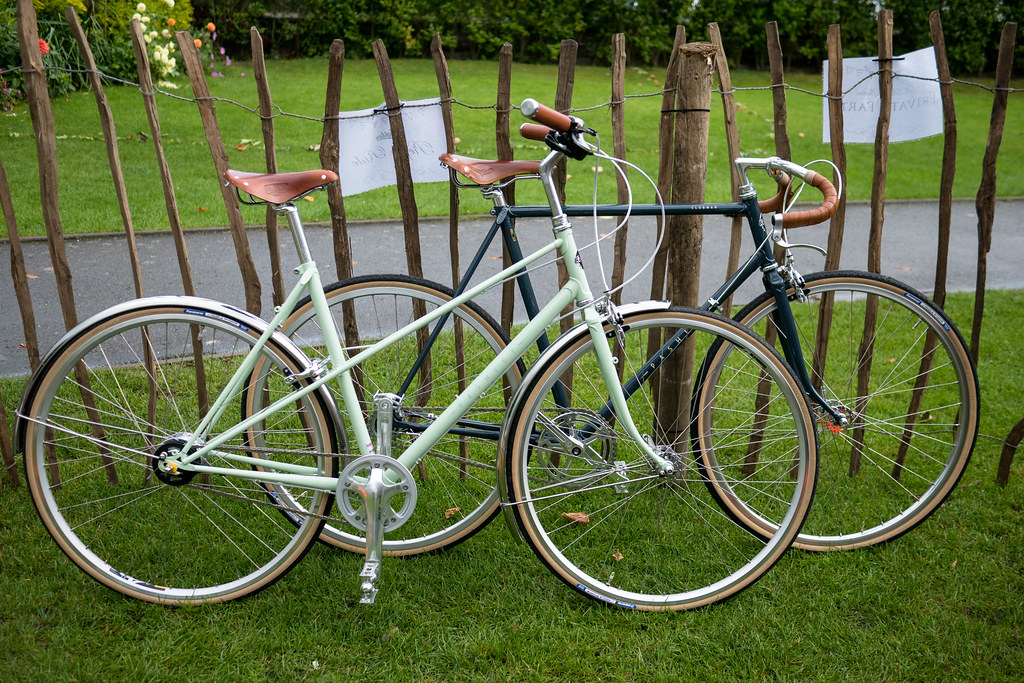 So, what about those bikes we had for the day? We’ve both had the pleasure of riding a Clubman before, but this version had a few new tweaks and features for Ian to try out. The paint job was the first obvious change; the Clubman looks stunning in Dusk Blue with mustard livery (it’s currently only available in Ivory), and is complimented even further with the honey brown leather of the Brooks Swift saddle and bar tape. I get the feeling if Pashley were to release it in this colourway, it’d be a popular choice. The other noticeable change for this version was the brake and gearing systems. While the older ‘Urban’ Clubman we had was fixed gear, this one was 3 speed with a Sturmey Archer hub, and featured a rear coaster brake. I think it’s fair to say that Ian had a lot of fun riding this through the countryside and having a play with the brakes too. For me, the Aurora was eye opener to cycle on. Since its release in 2014, I’d wondered what their mixte would be like, and having the chance to ride it for almost the whole day was a pleasant surprise. When it comes to Pashley bikes, there is no denying they can be quite heavy. My Princess (Frankie – a.k.a ‘Frank the Tank’ as she’s affectionately known) comes in at 18kg, so the lightweight build of the Aurora was a bit of a shock! I’m convinced that tackling a few hills on Frankie over the last seven years has built up stamina in my legs, but climbing a couple of steep ones on the Aurora was a breeze. Of course, that could also have been aided by its Shimano Alfine 8 speed hub gear. In regards to the paint job on this bike: “Pashley! Please put Peppermint past the Poppy and onto the Aurora!”. It works SO WELL on this model, and I lost count of the amount of times fellow picnic riders gave it admiring glances, and asked me when the Aurora would be available in that colour. There is a real danger of me slipping down the  the n+1 road again after riding this bike.

Thank you Team Pashley for yet another excellent Picnic weekend with you… and for planting the seed of more bicycles in our heads.

Want to see more from the day? Take a peek at the full photo album from the day by Ian James.

If you didn’t already know, the Barclays Cycle Superhighways are[...]

Spring in my step…

Spring-time Cycling in London may seem like a distant dream[...]

Bikes and Boobs: The Importance of a Good Bra…

This can be a rather personal subject but I wanted[...]