I love Oh Comely, and have done for some time. I’m also quite fond of their #onegoodthing: they tweet something at 1pm every day as a reminder of… well, simple but good things that happen in life. They gave me one good thing when this happened. And the timing of it couldn’t have been better.

The early half of this year was a bumpy ride. Having a mini-stroke, and deciding to leave my role at Vulpine, left me both physically and mentally banjaxed. In a period of two months, two massive decisions had been made about my life: one which I had no control over, and the other was me stepping away from working fulltime in the cycling industry, to finally plot my own cycling future with VCG. As exciting as the latter sounds, it’s also bloody terrifying.

On the penultimate day with my ‘family’ of four years, I got a message from Liz Seabrook – Lifestyle Editor and Photographer at Oh Comely. They wanted to feature me for an upcoming issue of the magazine. I had to look at her message a few times to make sure I’d not mis-read it (my brain was in a funny place that day)… and when it sunk in, I of course, said yes. It was one of the last things I was ever expecting to happen, but in a week that was filled with plenty of emotions, this put a much needed smile on my face. Little did Liz know with that message (especially on that morning in April), she had just done one good thing.

Chatting with Liz, she gave me the lowdown on locations for the shoot and what the issue would be about: Letters. Being a keen journal keeper (I have a box at home filled with diaries dating back to 1995), and someone that loves receiving actual proper letters in the post, this made me happy. It was also something that didn’t have anything to do with cycling… which is unusual for me. At a time where I was stepping back from that world for a bit, it seemed somewhat fitting to talk about something else. 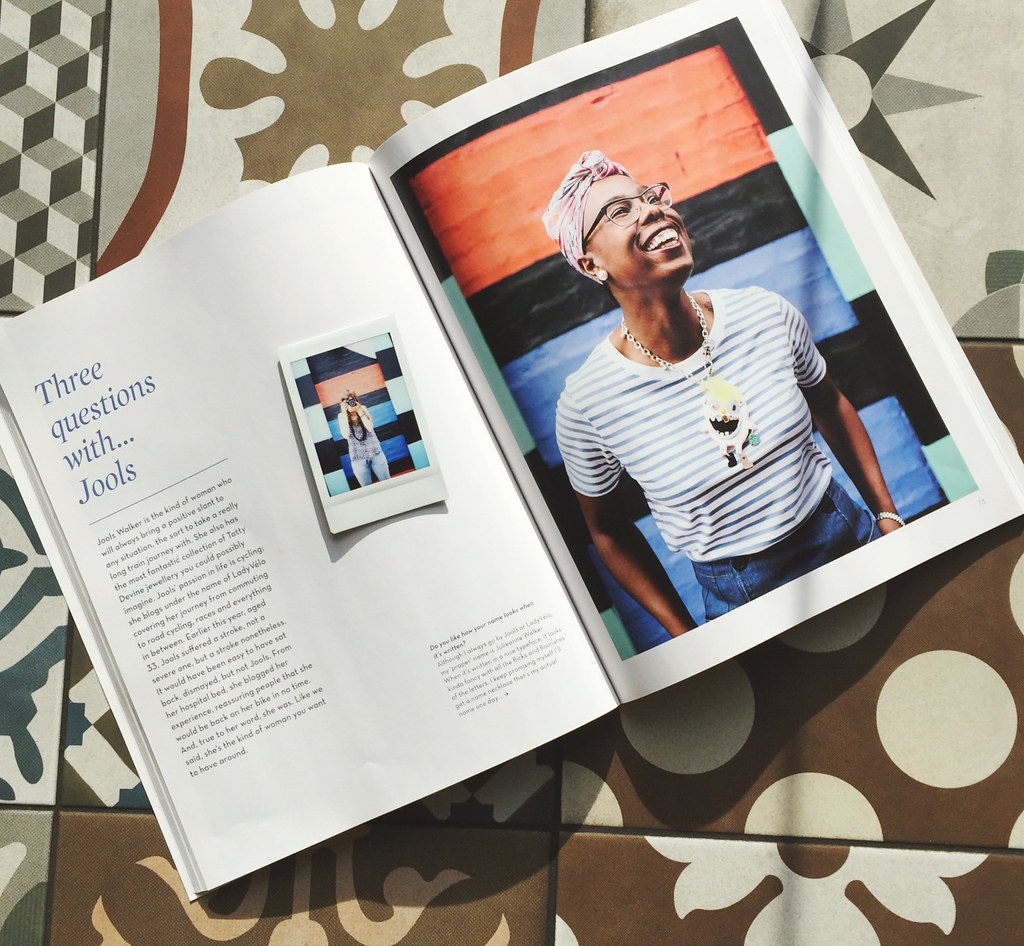 As an East Londoner, it was a joy to do the shoot on home turf. In front of  bold graphic designs, we took photos in the sunshine and had a laugh doing it. I say “we” as I had to capture Liz in her element. Armed with my Instax Camera and my iPhone, I shot some photos of her on location. I had to capture Liz, on location in her element. Photographing the photographer especially when it’s a woman like Liz, has got to be done. 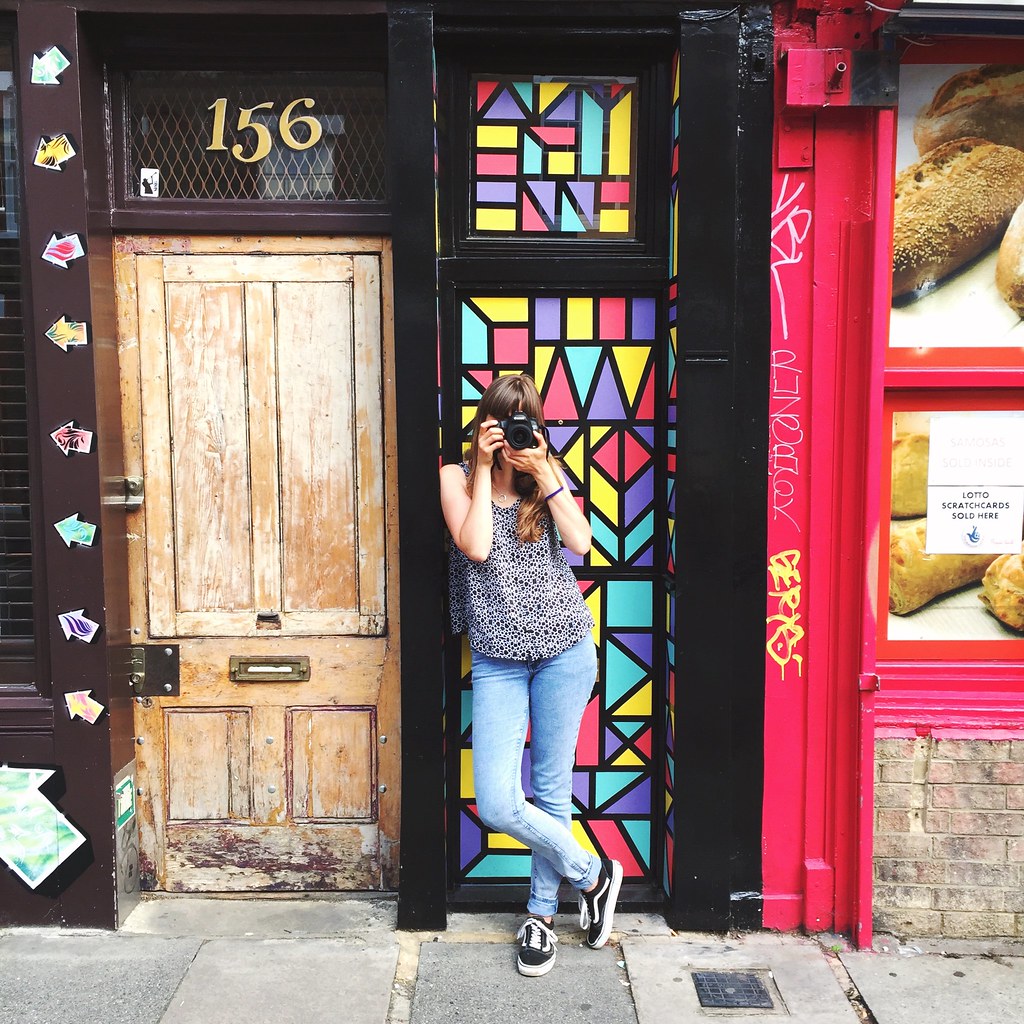 Now we’re here: August 2016 and issue 32 has hit the newsstands… with me on the front cover. I only found out days before it came out. This was a huge surprise, and a moment that I’m allowing myself to step back and be proud of. Being photographed and interviewed by Liz was an honour. To see her work smiling on a newsagents magazine shelf is a joy.

And finally, the week the issue was launched marked the start of another huge chapter for VCG, as once again I prepare to dive into the unknown by focussing full-time on VCG. There. I’ve said it out loud now. Just as my face is out there for all see, this has given me the positive kick up the ass to get out there and make this work… for everyone to see. Thank you Oh Comely for doing #onegoodthing for me. You won’t have realised it, but over the last few months, but you really have.

Want to see more of the 3-page feature? Of course you do! Issue 32  (“Letters”) of Oh Comely is available from WH Smith and some neat independent newsagents. You can also buy it directly from Oh Comely, right here.

The Bicycle Film Festival returns to The Barbican Centre this[...]

Even though we're well prepared for this Christmas, there are[...]