When you hear whispers that Moulton and Colourbolt are joining forces, it sounds like a dream collaboration. But they really did it, and have launched the Moulton X-Black.

These two premium British marques have combined their efforts to produce a stunning new luxury single-speed bike based on Moulton’s X frame, enriched with one of ColourBolt’s signature paint finishes, the Drenched Black.

Being a huge fan since getting my Ratty Black bicycle in 2013, I jumped at the chance to host a Q&A at the launch event at B1866 with Colourbolt founder Jay Pond-Jones and Steve Harvey, Sales Manager of Moulton.

The first thing I had to ask was how the idea for a collaboration between the two came about. On paper, Colourbolt and Moulton seem a world away from each other: the former being a relatively new brand founded in 2010 making modern, gritty urban bikes and the later having over 50 years of handcrafted heritage, renowned worldwide for being the pioneers of the small wheeled bicycle revolution. The two brands have many things in common though. Both brands are British designed and built, and use unconventional and innovative designs that disrupt the usual idea of what a bike is supposed to look like. Despite the 48 year age gap, the two have a shared vision of cycling and creativity that brought them together. 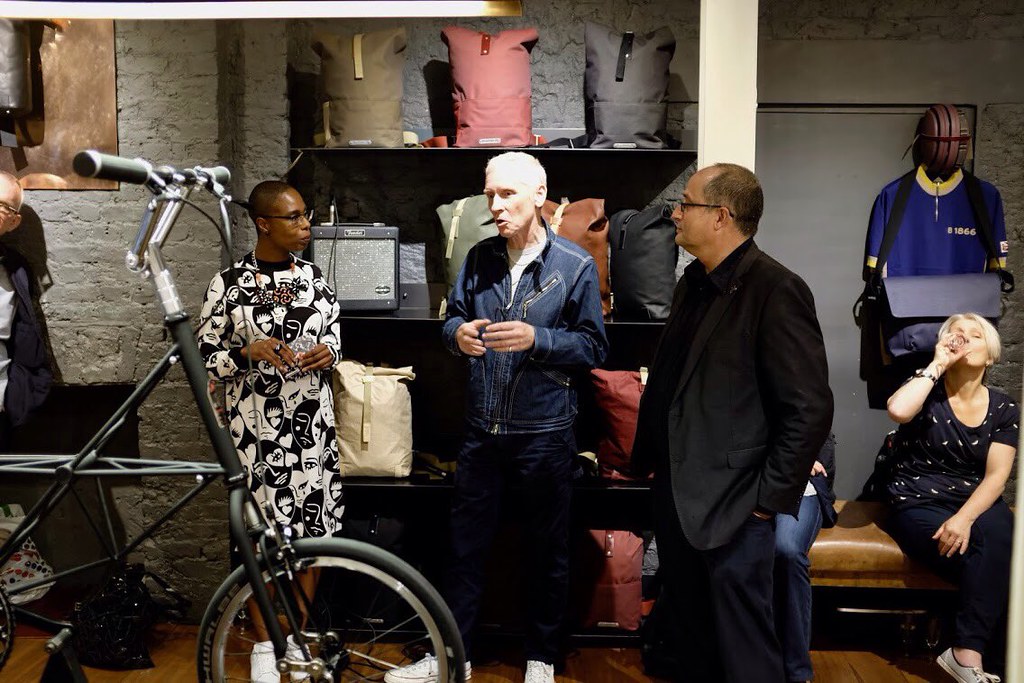 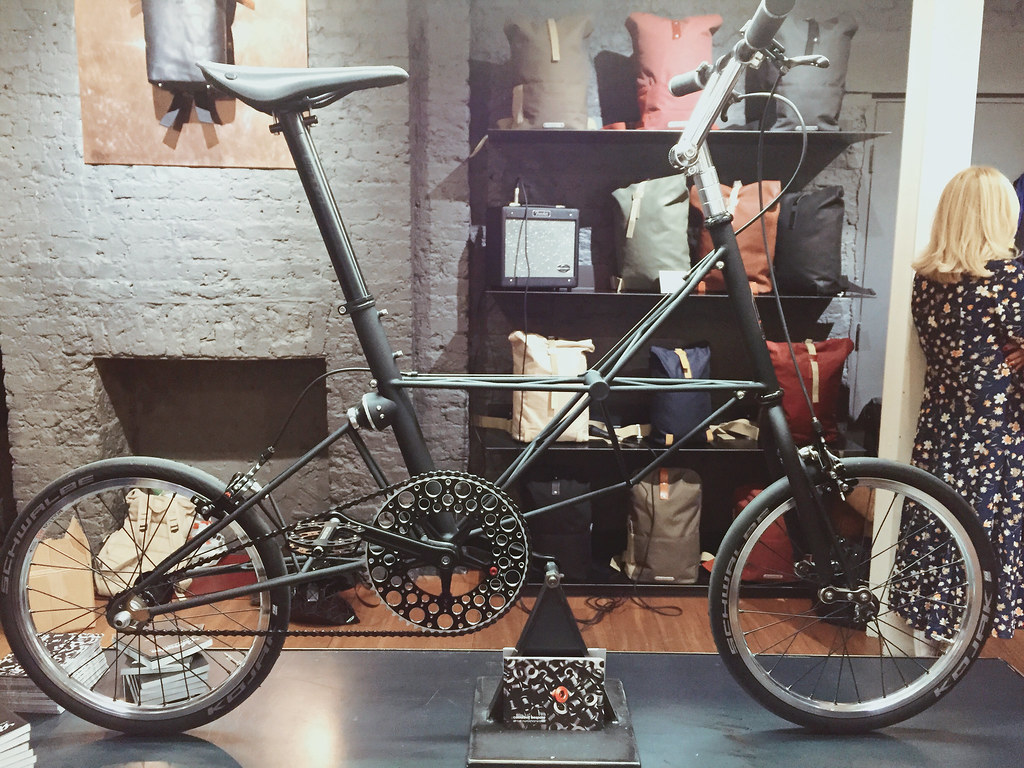 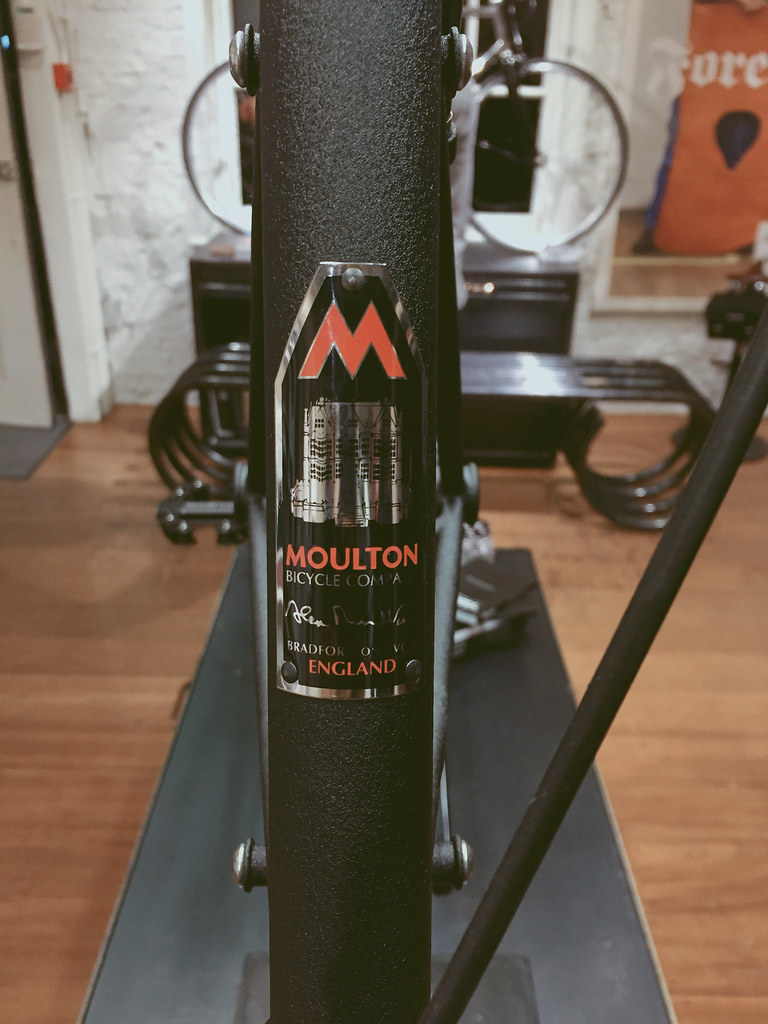 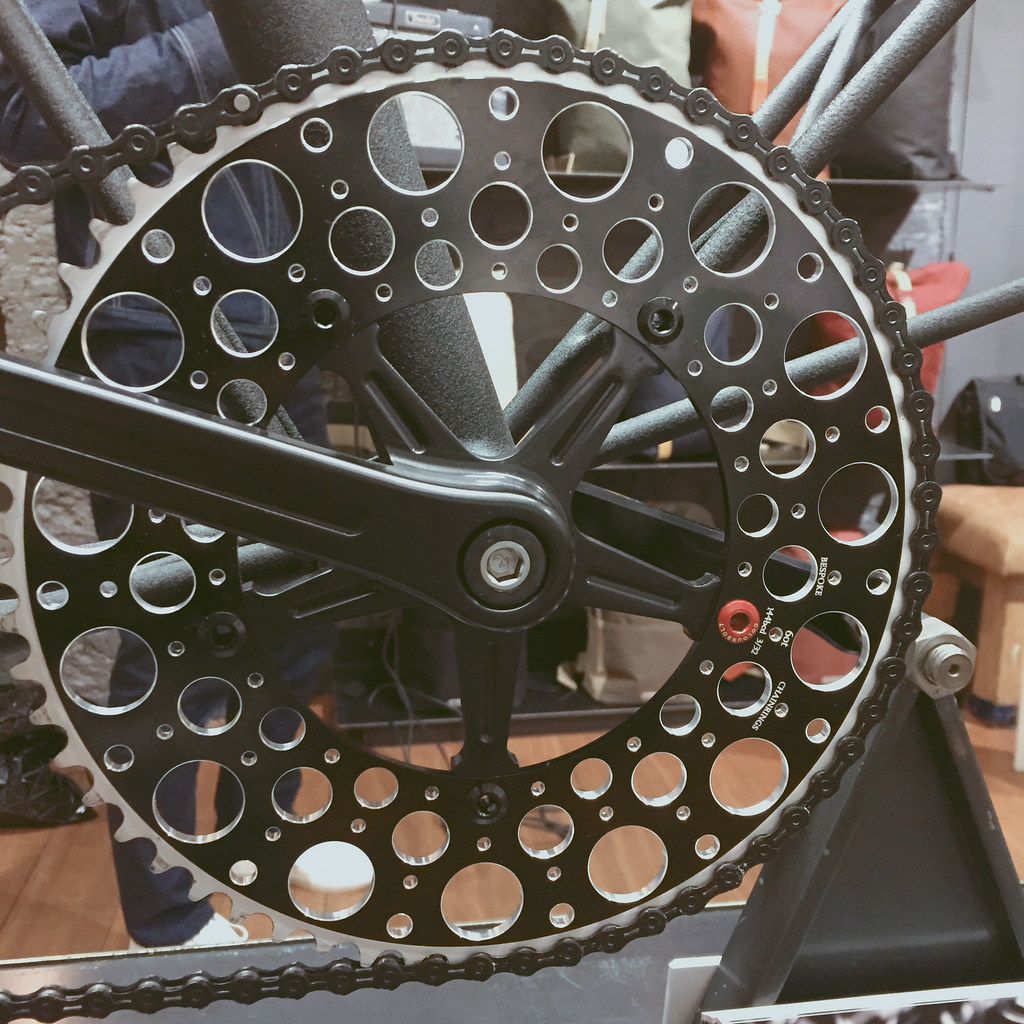 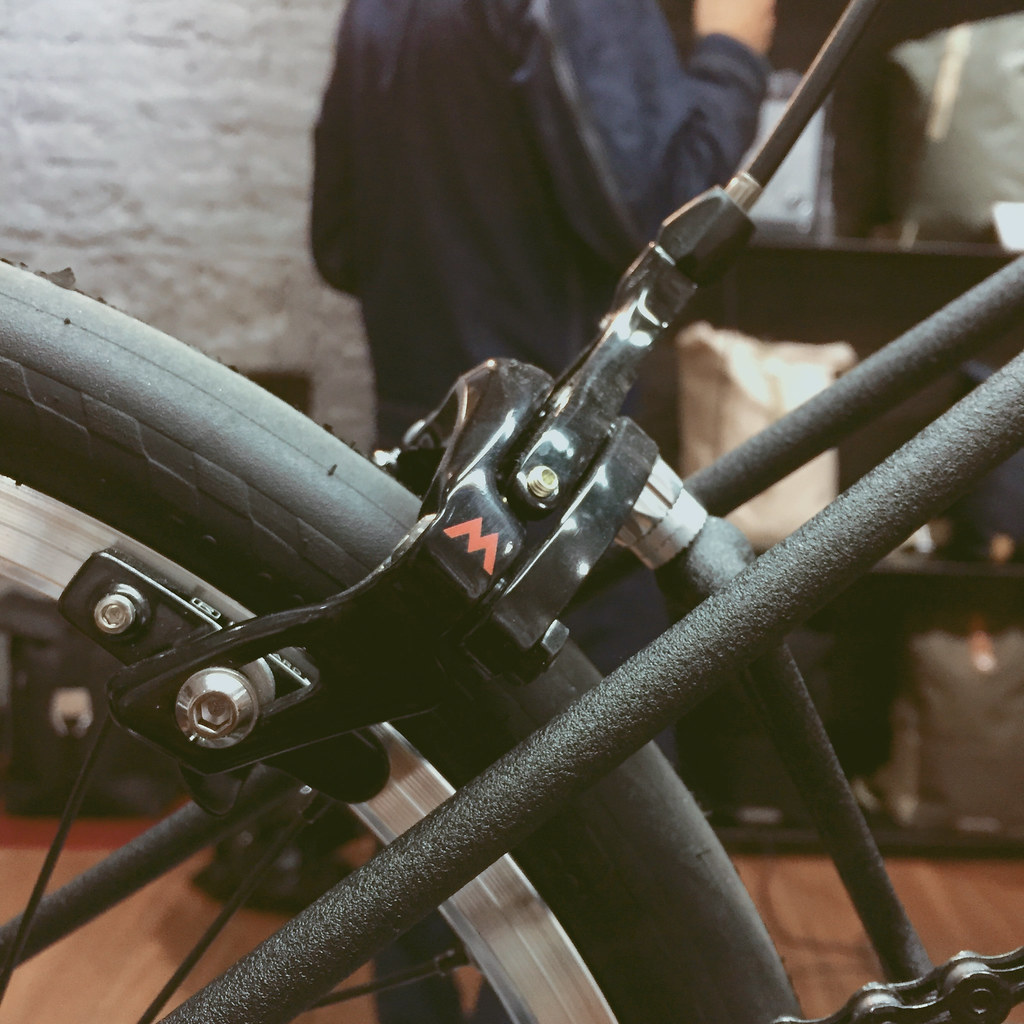 As Pond-Jones and Harvey explained, the idea to collaborate was born at Bespoked, the UK’s biggest festival for handbuilt bicycles – proving the show in Bristol is not just a place for the world’s best builders to show off their work, but also an opportunity to co-create. Both brands kicked the idea to produce a collaboration back and forth for a couple of years, before it was finally agreed in 2018 that now was the time to make it happen.

Moulton’s iconic X frame has been designed with lightness, stiffness, speed and comfort in mind – perfect for use in an urban life. The angle of the seat tube gives a more relaxed position without heavily compromising efficiency, while the flat bars and higher cockpit encourage riders to sit up and take in the world around them.

The frame is painted with ColourBolt’s exclusive Drenched Black finish, a super-tough industrial powder coat that is designed to withstand virtually anything that can be thrown at a bicycle. Originally conceived as a coating for their winter training bikes, the ‘Drenched’ finish has a raised, textured effect – which really has to be touched to be appreciated.

Some adjustments were made on this new 2018 take on Moulton – the rear of the bike was specially modified for the X-Black with 135mm axle spacing – allowing for the addition of a Chris King single-speed hub. The use of Chris King hubs has been a hallmark of ColourBolt single-speeds for a while, and is another instance of the two brands combining their distinctive personalities.

The bike rolls on Moulton’s 17” wheels, with Schwalbe Kojak tyres and boasts a black Brooks C13 saddle. The stem is also Moulton’s own design – a unique and tricky-to-perfect wishbone construction built out of stainless steel, and polished to a mirror finish. A Chris King headset adds another premium touch.

The stunning chainring on the X-Black is a Bespoke Chainrings De Luna, with 60 teeth – providing plenty of zip when riding around the city. And of course, there’s a single red coloured bolt, the definitive marker of a ColourBolt machine.

Judging by the reception the X-Black received from Colourbolt and Moulton enthusiasts who attended the event (including myself), it was clear this collaboration could well be one of the most exciting in the urban cycling market. Both Jay and Steve agreed that other than working together, one of the most enjoyable parts of this project was seeing the reactions from people during development of the prototype bike. The X-Black is fresh and innovative – something to celebrate in the industry, and this bike is on course to shake things up for sure.

The X-Black retails at £6,500 (incl. VAT) and can be preordered from Velorution, or through Moulton directly.

A Sunday in Surbiton…

Before these dark evenings started drawing in and the temperature started[...]

Time For Some Cycle-Chic at the LOOK Magazine Show AW11…

Although still in its early days, it’s been an amazing[...]

So this track has been out for a while but[...]