Registration for it was an intense affair and the places went faster than I could have imagined. I knew that it was going to be busy – but I had no idea how fast it would go. 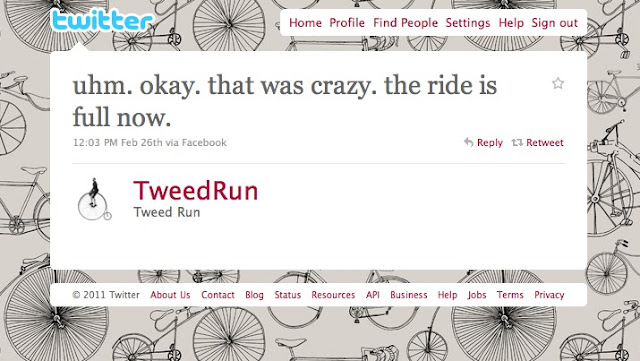 The Q&A Post on Registration that Tweed Run did earlier in the week said something about being on the page a “bit before noon” for registration. When I loaded up the site at about 9a.m (I had to be up early on Saturday morning for something else anyway) I saw a message saying it would be open at 11:55… so the early morning plans I had got a bit sidetracked by me being glued to my Mac from 11:45 & hitting Refresh… a lot. Within the 2 minute window of getting registered, I was given Rider #91 & The Boy (who also got a place roughly at the same time as me) was Rider #134.

The Tweed Run team quickly gave an understandable explanation and very sincere apology as to why registration had to open a tad earlier than Noon. It seems that next year, a lottery-system might be used, which gives an idea of how popular the Tweed Run is becoming.

I’d been in a bit of a quandary recently, hunting out new[...]

Even though we’re well prepared for this Christmas, there are[...]