After meeting my July deadline for the manuscript (I’m getting there pals –  I promise a book is actually coming next May), I needed to have some proper downtime. Leave London for a bit, keep the laptop closed for as long as possible, go get some sun on my skin, and as I’m finding my cycling mojo again, squeeze in a few gentle bike rides in between doing little else. Although I wasn’t escaping to more exotic climes, the 30ºc heat we’ve been having in the UK is the closest I’m gonna get to being in Trinidad, so a week cycling by the seaside was good enough for me.

While planning my week of doing the absolute least by the coast (well, bothering Ian while he was at work and drinking lots of cold brew coffee sodas… huge love to Southsea Coffee for keeping me hydrated+caffeinated), I found out that Brompton’s bike hire scheme had a dock in Portsmouth… result! I’ll openly admit to wanting to cycle but not wanting to take one of my bikes with me on my break, so this was perfect. And I will grab any excuse to ride around on a Brompton after my first go on one seven years ago, and wanting one ever since.

Membership for their hire scheme was super-easy to set up. You register online and choose the type of membership that works for you (I went for ‘Frequent’, as I knew I’d end up using this loads in London), pay the relevant annual fee which is credited to your account, and then you can reserve a bike either online or by text message and pick it up from the dock. I felt like an excited kid at Christmas arriving at the Brompton lockers and punching in my access code to get hold of my bike. The grand reveal of it being purple –my favourite colour and the scheme I’d get a one in– was a happy surprise, as my dorky-face will tell you! After mastering the knack of unfolding the bike, me and Ian rolled out of Portsmouth Interchange, over to catch the ferry for Hayling Island. Even the novelty of folding it down, taking it aboard and setting it back up again to ride on the other side along the beachfront was a blast. 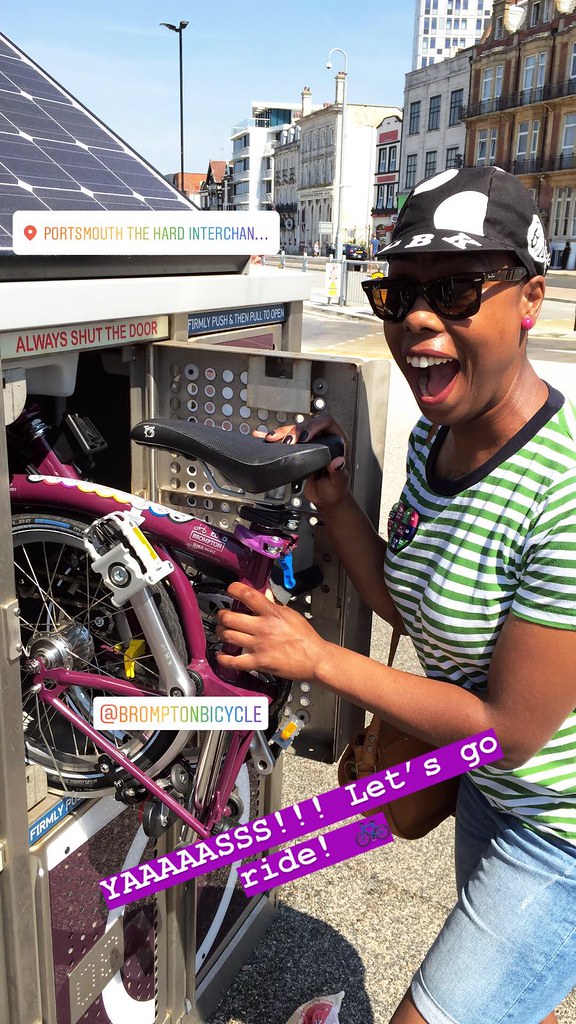 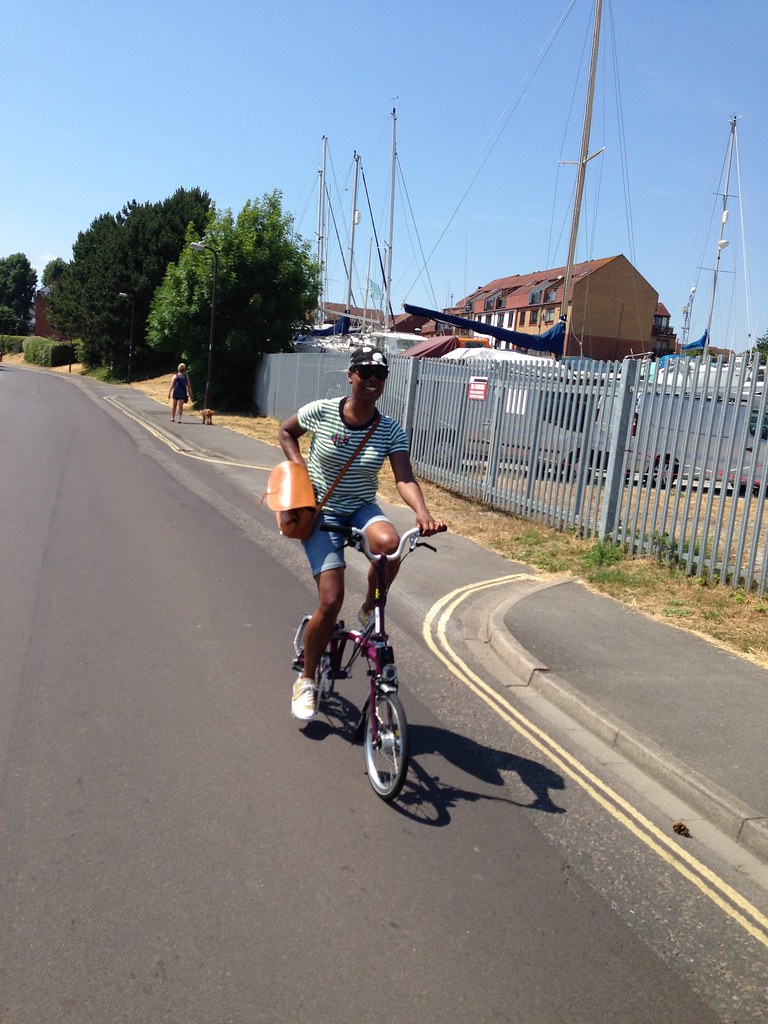 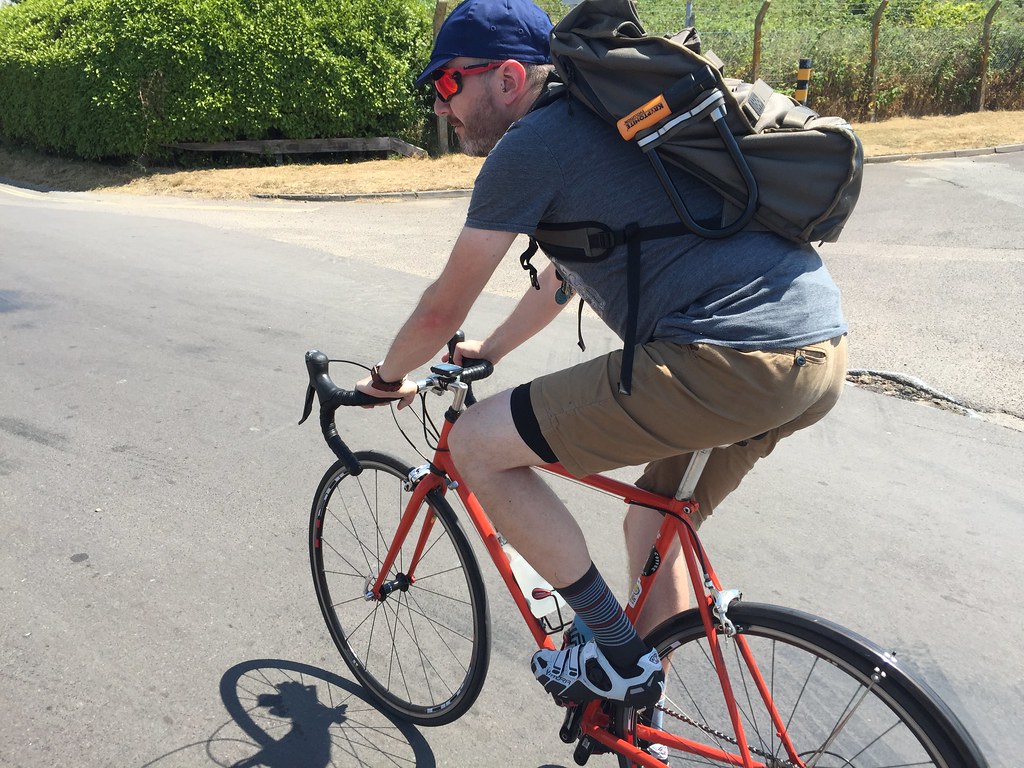 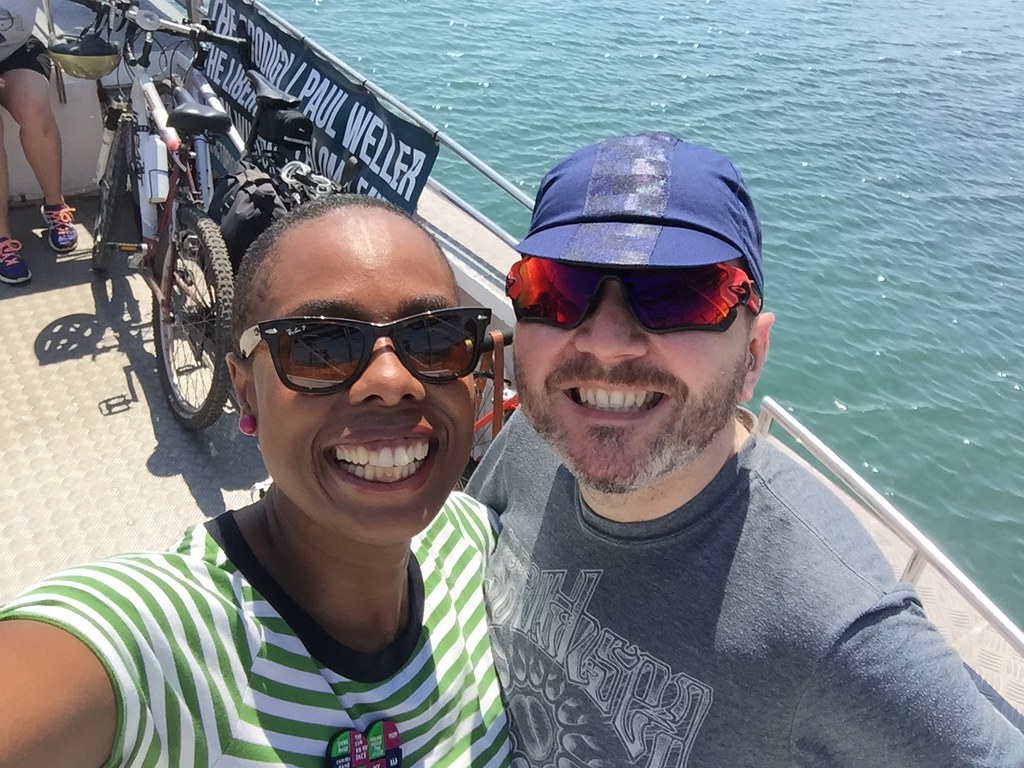 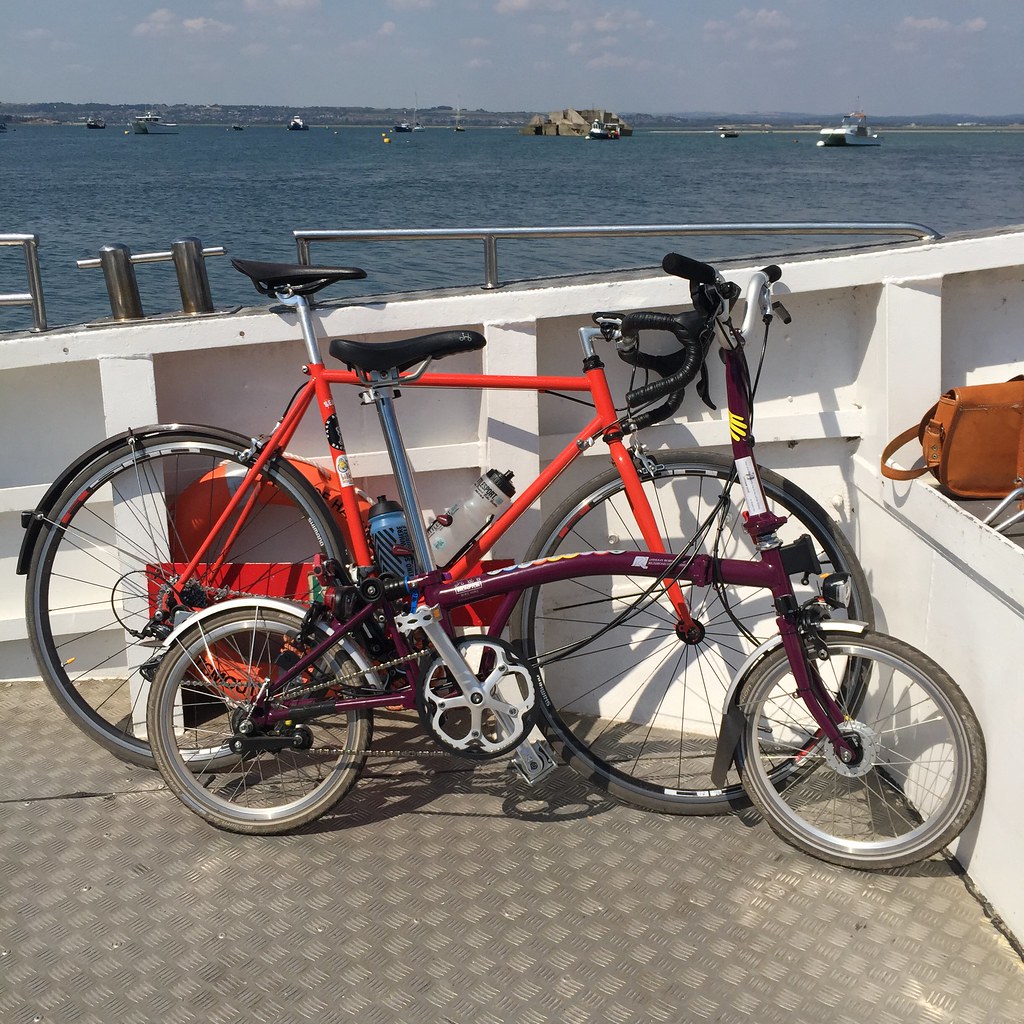 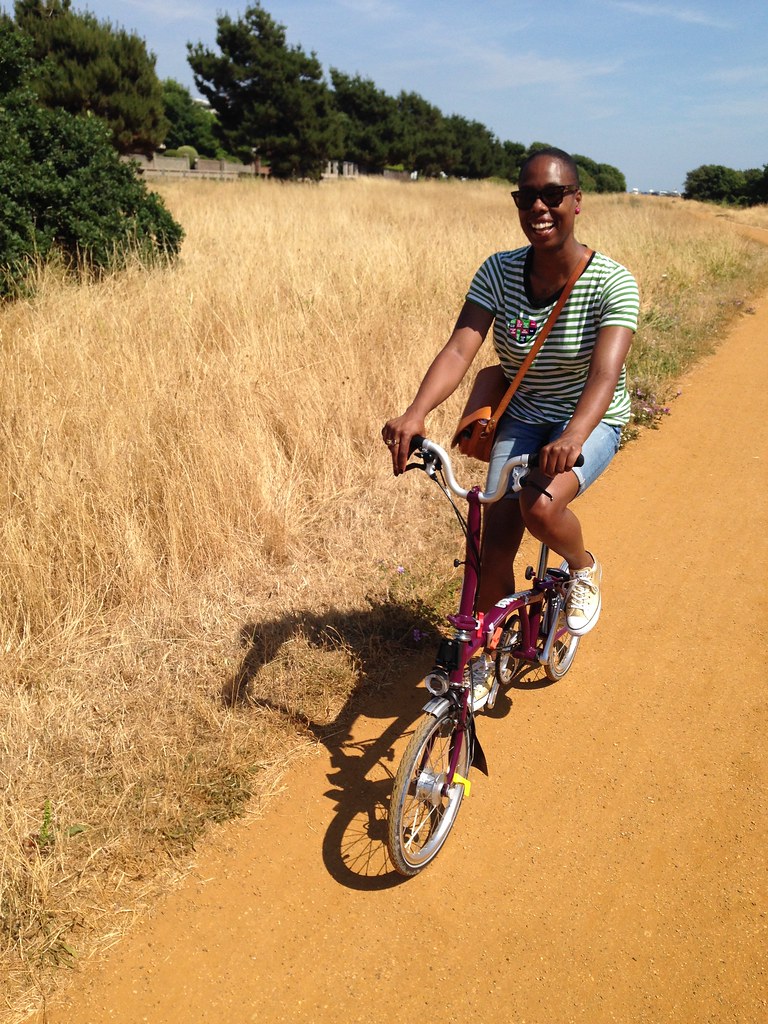 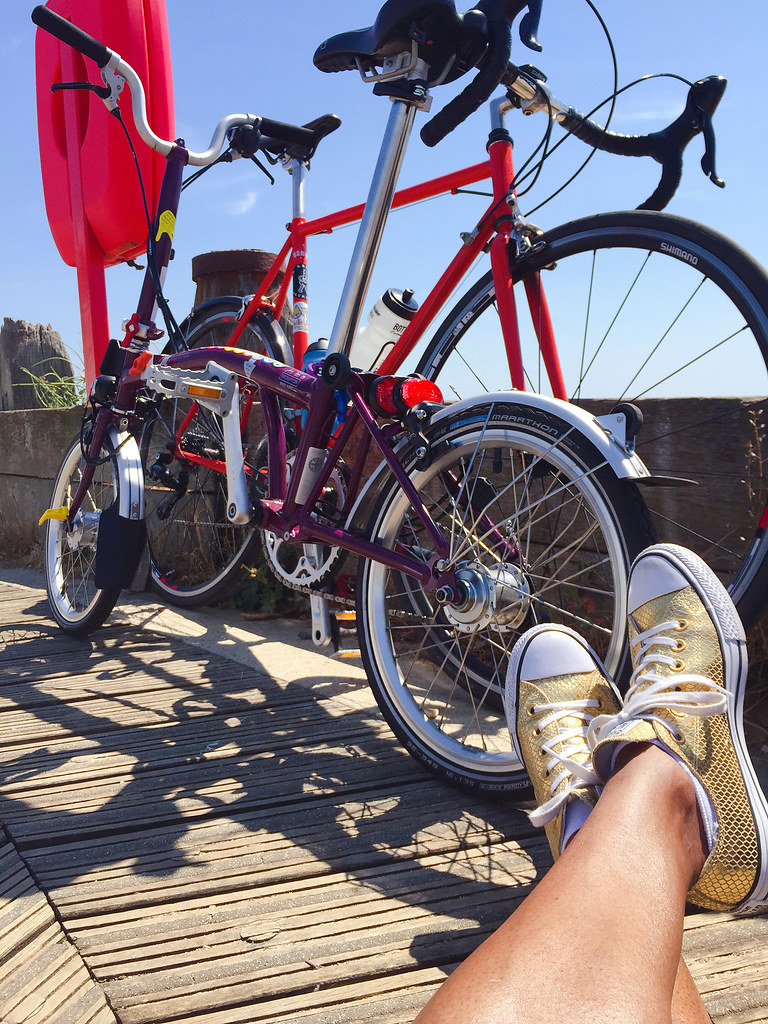 The ability to take a Brompton anywhere with little hassle is really appealing, and this little seaside jaunt on one (as well as keeping it for the rest of the break to commute around Portsmouth) has got me thinking even harder about saving up and getting my own in the future, especially for those commutes where hopping on the tube or the bus might be necessary. If I were going on a holiday in the UK or taking one on an overseas city adventure that too would be pretty straight forward, but until I’m able to sort out owning one, the Brompton bike hire scheme is good alternative, and at £3.50 a day, isn’t too bad an extra cost to add onto a little break away.

Knowing that I can use this scheme in London (my closest one is in East London and just a few hops away on the Central Line), I’ll be using the Brompton bike hire quite a lot… especially as I continue to find my feet on the pedals again.

Back In The Frame – Bespoked Bristol 2016

VCG is back in the swing of all things cycling[...]