Big love on a little Brompton

“Go on”, Ian said to me, gesturing at the massive box next to the Christmas tree. “That one is yours”. We had a full house for the holidays with my sister and her two boys staying over, so I wasn’t sure if this present was something she’d shoved by the tree overnight while her little ones were sleeping.

I started to unwrap the mystery box. As soon as I tore the paper and saw the logo on the cardboard, I lost all power of speech – it was just a series of squeals coming out of my mouth in Ian’s direction! Ian had surprised me with a Brompton bicycle, and it got even better when I actually opened the box. It was in metallic purple – my favourite colour and the paint job I’d been drooling over when we visited Brompton Junction in Covent Garden to collect his brand new bike in September.

“I’m worried now”, Mamma V said to Ian. “That vein in the middle of her forehead is bulging!” She laughed. Mamma wasn’t being serious, although my frontal vein does pop-out like the Incredible Hulk when I’m super stressed or very excited. This was definitely a case of the latter.

Staring at this beauty which I still couldn’t believe was mine, my jaw locked into a gaping smile that wouldn’t shift off my face. All I wanted to do was get outside and ride it – allow the fact I was still in my Disney pyjamas and quite literally looked like I’d just rolled out of bed! I was finally that kid who got their dream toy on Christmas morning and had to take it out to play, immediately.

And so I did. I shoved my bare feet into a pair of trainers, carried my new bike out to the garden path, unfolded it and hurried Ian to do the same and come ride with me. It was absolutely freezing outside and we didn’t even stick coats on – we didn’t care. 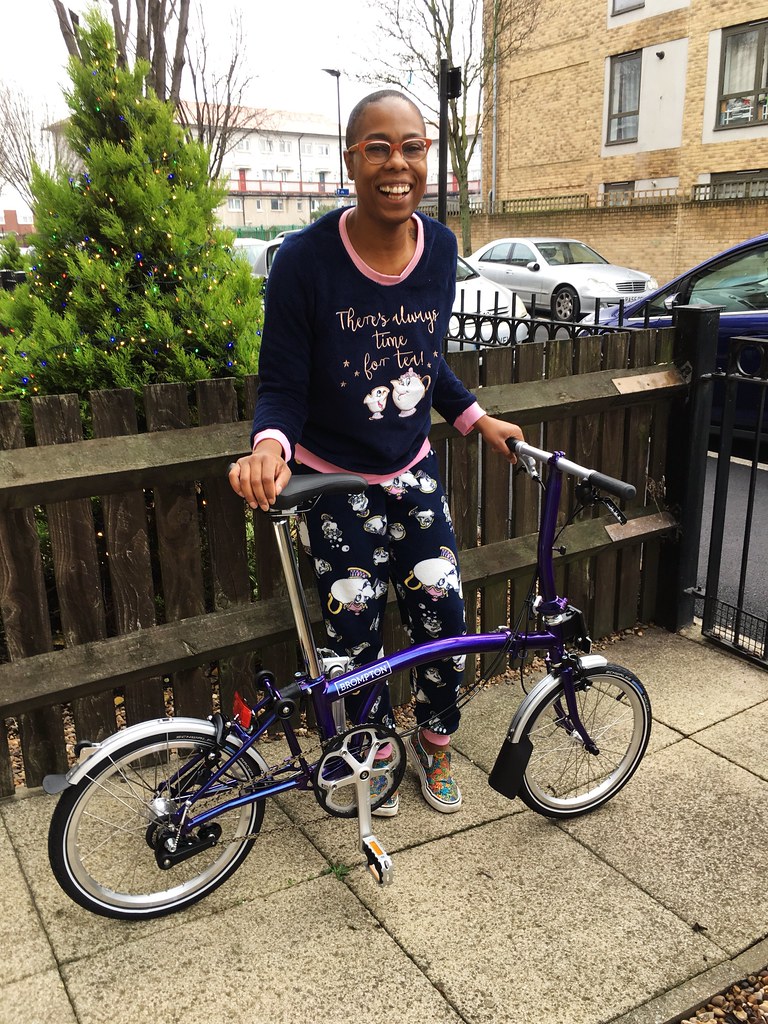 Both in our PJs (although Ian wasn’t on a Beauty and The Beast fashion flex like me), we cycled around the housing estate. We were that  ‘his and hers Brompton couple’ in full, cheesy effect. We stopped and chatted with some of our neighbours who laughed at the spectacle of two grown-ass adults bezzing around the estate like two wild oversized children. It’d been so long since I’ve felt that kind of fun and excitement coursing through my veins, and that feeling on a bike – something that’s been missing for a long time –  is something I’m holding onto for dear life.

Things have been pretty tough of late, so anything that could possibly bring me joy had been well and truly pushed out of my mind by the misery that was consuming it – including being on a bike. I needed serious headspace out of everything. I’d cut down on how much time I spent on social media a few weeks before Christmas – a combination of final book deadlines and carer duties being ramped-up meant that I needed less ‘noise’ and no FOMO clogging up the scarce free brain space I had. Life has calmed down a little now, so I’ve had a bit more time to spend on the Brompton. And that’s exactly what I’ve been doing – just spending time on this little bike, getting to know it and embracing the big new lease of life it’s giving me. 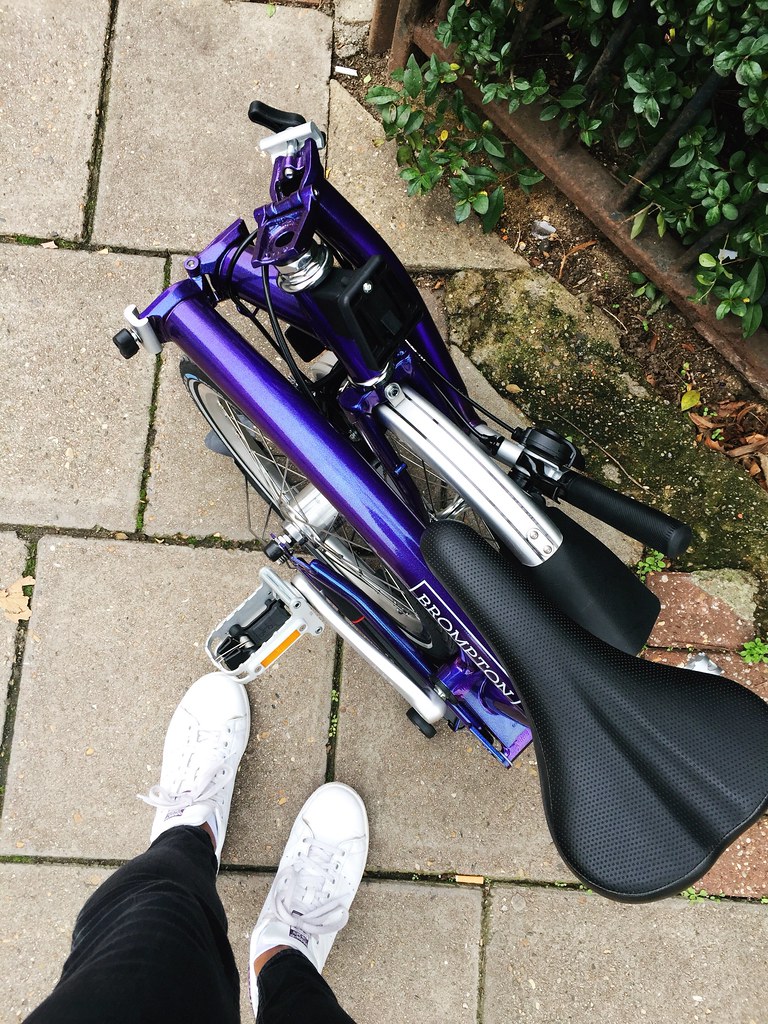 I’ve only had my Brompton for three weeks, but it’s been so bloody nice to hop on it whenever I want to and ride a bike on my own terms. Not because I have to, not because I’m contractually obliged to do an event, and not because I need to keep up with everyone. I’ve been enjoying serious amounts of JOMO – the Joy Of Missing Out – and following my own relaxed agenda.

My love for cycling is being rejuvenated. I had no idea he was secretly plotting to get me this Brompton, but I’m convinced Ian knew that he was buying me more than just a bike when he did this. I can’t wait to realise the ideas I have for rides and adventures I want to do this year that will be so much easier and accessible with this little purple powerhouse… and I can’t wait to share them on VCG at my own pace too.

The Bicycle Film Festival returns to The Barbican Centre this[...]