I’m not going to lie. Last week was a hard one for me.

At the end of last year I made a promise to myself to use VCG and all of my other social media hangouts as positive and honest platforms. Using them to make my own and other voices heard is something quite important to me. I’ve been doing a fair bit of that in 2017, but last week certainly felt like the most with the two panel talks I took part in.

The first one was last Tuesday at Look Mum No Hands, and the theme was cycling & mental health. I’d known this talk was coming since last July, as straight after doing the “In Conversation With Ayesha McGowan” evening, Sarah Strong came over to talk to me and ask if I’d be interested in an event on the subject. There was no solid plan in place for it, but I immediately threw my cap in the ring to be part of whatever it became. Over four months, Sarah plotted, planned and curated with Look Mum to bring together an awesome panel of speakers for the night. I was thrilled to be speaking alongside Sarah with Adele Mitchell, Bruce Karsten (brand ambassador for Stolen Goat) and Roann Gosh (Blackdog CC) with ace chairing from Rebecca Charlton. We all talked frankly about our own ‘battles’ with mental health, and how our relationships with cycling come into it. As you might know from my social media (and you’ll defo know if you watch the recording of the night), I live with Depression. It was diagnosed in my late twenties, and the kicker for me is that it happened when VeloCityGirl was just starting to blossom. One of the last things I wanted to do around that time was get on a bike – which was a total contradiction to the message I was putting out there on the blog. I felt like I needed to talk about this. No story was the same. Every experience was different… but the bond on that stage that evening felt united. I felt emotionally exhausted after being so frank to a full LMNH about my own Depression. I’d never talked about it or shared some of the stuff that I did on such a scale before. But it encouraged other conversations which was an amazing and powerful take away from the night.

So… if you want to catch-up on the talk, you can watch the LMNH Facebook Live recording of it or listen to the audio of it on the WheelSuckers Podcast. 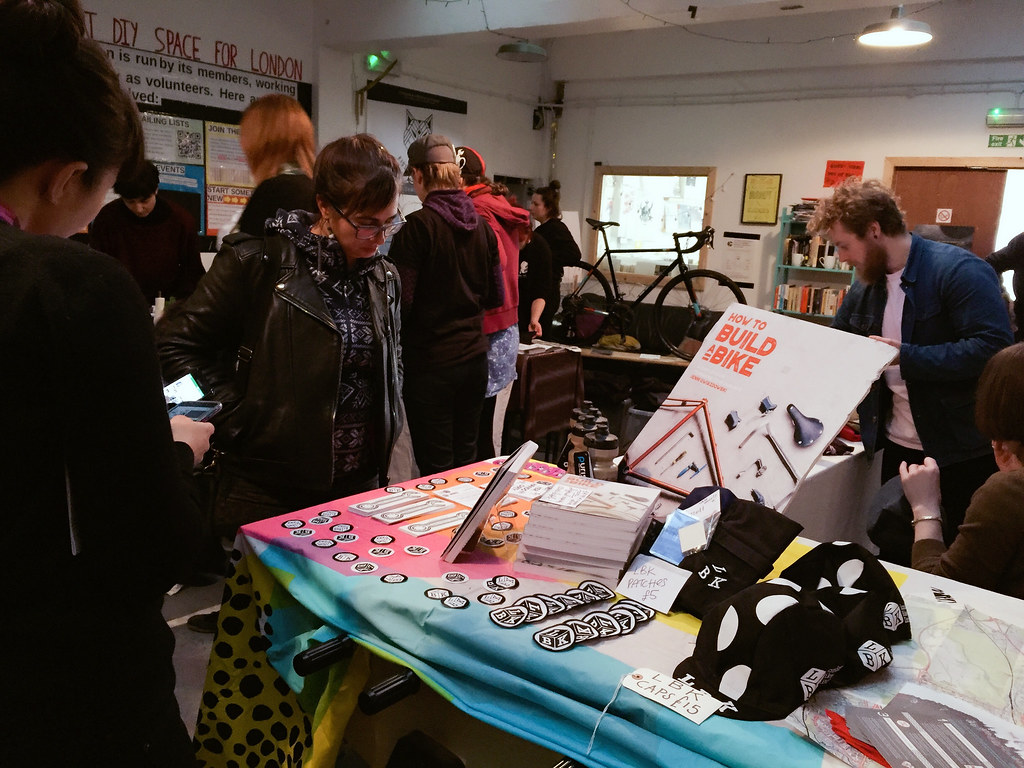 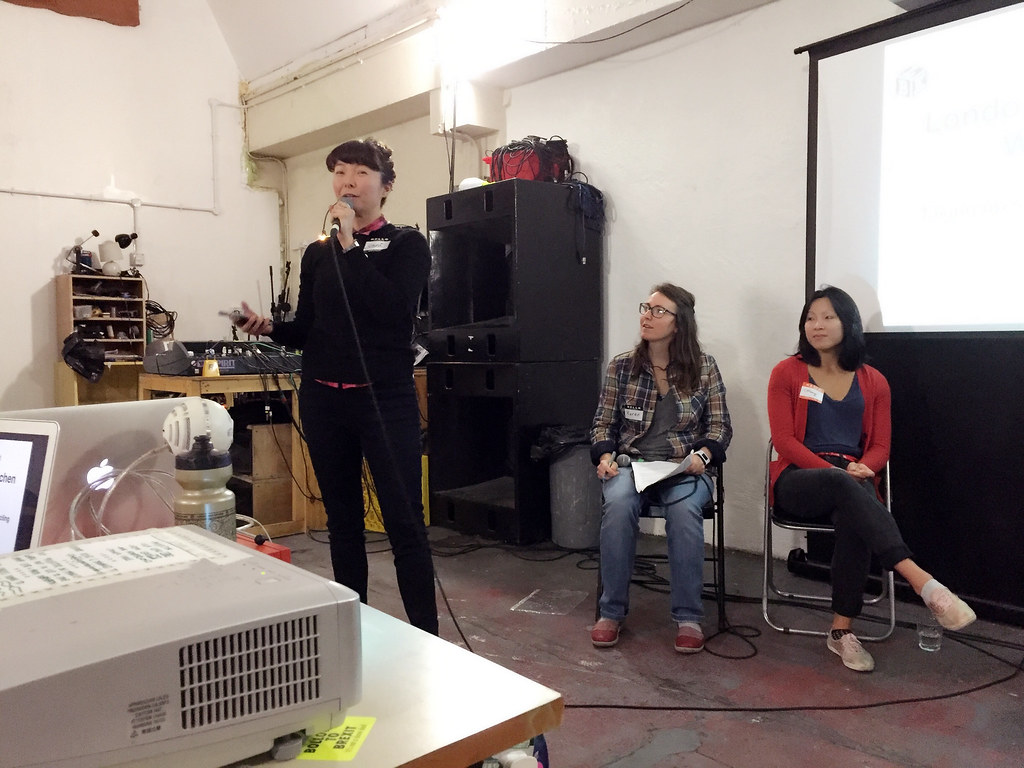 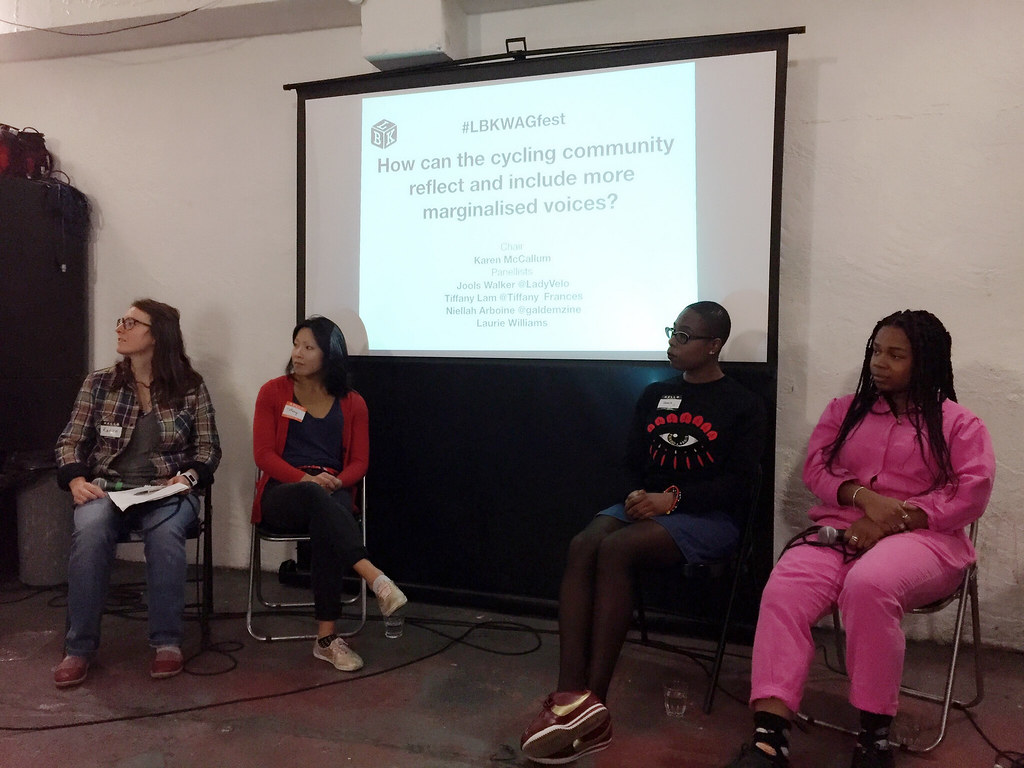 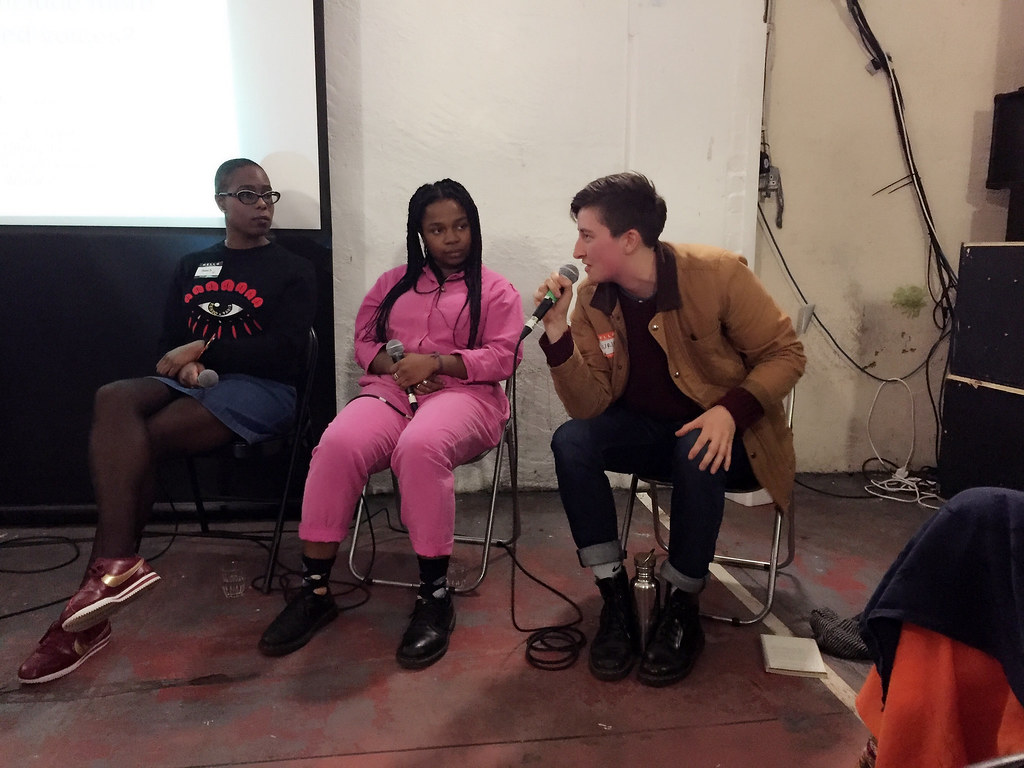 The second talk was last Sunday with LBKWAG for LBKWAGfest, the 4th one that London Bike Kitchen has put on. I’ve taken part in WAGFEST before and have a lot of love and respect for the entire team behind it, and everything they do. Back in August (it seems some of the best cycling event ideas happen in the summer?) Jenni Gwiazdowski & Juliet Chard contacted me as they were putting together the Festival, with the theme ’Taking up space: Activism in Cycling’. I was asked to be part of a panel discussing how the cycling community could reflect and include more marginalised voices. I’ve had experiences of being silenced / ignored on both sides of the industry… and heard from other marginalised people who had gone through this too. I was more than keen to share my own experiences of this, and talk about the impact this can have. And also, there was the worry of being open and frank about some of the stuff that’s upset me about that too. But again, I remembered the promise I’d made about using my voice more, and it would have been a bloody shame to have silenced myself on something like this. For the second time in a week, I was part of another stellar panel – Niellah Arboine (Lifestyle Editor at Gal-Dem Magazine), Tiffany Lam (gender and sustainability consultant) and Laurie Williams (Filmmaker and WAG volunteer). We were all sharing our different experiences, and another common bond was made on another stage.

It was a fantastic talk to be part of, and you can catch it (along with others from the day) over on the LBK WAG Facebook page.

I’m still glad that I did these talks last week as it was too important not to… but I also realise the emotional impact doing them had on my head, especially as my mind has been a tricky place recently. I’ve taken a lot away from them, the wonderful people I shared those stages with, folks who came along to both events, and the messages I’ve received since both events. Thank you. Right… time for me to take a bit of a break / get back on with that manuscript.

All photos from the Cycling & Mental Health Talk – courtesy of Look Mum No Hands.

2018 is sure as hell turning into the year that I'm doing stuff that I never thought I would (and low-key freaking out about in the process). After doing the WOW Festival a couple of months ago, going on BBC Radio 4 last weekend for a bit of a chat (catch it here if you missed it), next weekend I'm speaking at the Bradford Literary Festival!

From Blogging about cycle style to uploading my outfits and[...]